Twenty years after the arrival of its first resident, Hopewell is among the leading therapeutic farm communities in the country. The “Hopewell Model” of holistic mental health care is based on a combination of...

Fall 2015: Self-Expression - The Art of Healing

“I came to Hopewell thinking that I am defined by my mental illness. By being here, I became aware that I am so much more than that,” says Dana, age 24.

Dana arrived at Hopewell in late August 2015 after a two-week hospitalization. “I felt like I could finally breathe again. It was like a breath of fresh air, literally.”

In 2013, Dana graduated from Mount Saint Joseph University in Cincinnati with a Bachelor’s degree in Fine Arts. She had a particular passion for fabrics and textiles, and did a great deal of fabric dying and screen printing.

Hopewell Needs Volunteers to Work at Its Therapeutic Farm Community

The Hopewell Volunteer Program may be one of the most rewarding experiences of one’s life. Volunteers get to live in-residence at the Hopewell therapeutic farm and work ... Read More 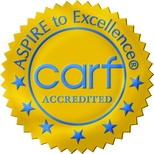 More than two million people in the United States have a diagnosis of schizophrenia, and the treatment for most of them mainly involves strong doses of antipsychotic drugs tha... Read More

Two of our therapy horses, Magic and Boomer, out for an evening stroll! . . . #therapy #horse #horses #evening #farm #mentalhealth https://t.co/JIQ7yfayLF

Magic and Boomer, two of our therapy horses, out for an evening stroll. . . . #horse #horses #therapy #farm #evening #hopewelltc