CallEmail
Summer Solstice 2023 Friday, June 23, 2023. Learn More
Back To BlogReliving Suicidal Thoughts, and How...
Share This

Reliving Suicidal Thoughts, and How I Found Help: Paul Keane

WHITE RIVER JUNCTION, Vermont -- The pronoun “I” saved my life in 1973. It was long before PTSD (post-traumatic stress disorder) had been discovered by psychiatrists.

I had called the emergency room at Yale New Haven Hospital and said I was afraid I was going to end my life. They transferred me to a young doctor in psychiatry who introduced himself as “Danny Begel.” I confessed to him over the phone that I was despondent, and he suggested I come to the emergency room. “I’ll be waiting for you,” he said.

I drove my little VW bug from my parents’ home in Mt. Carmel the nine miles down Whitney Avenue to Yale New Haven’s emergency room, tightly holding the steering wheel with both hands so I wouldn’t direct the car into the Merritt Parkway bridge abutment in Hamden or some other immovable object.

I later learned I was having “suicidal ideation,” a fancy term for repeated thoughts I couldn’t get rid of that I would be better off dead.

Long story short: PTSD hadn’t even been discovered as a mental illness in 1973 when I was in my third year of dealing with images of the killings at Kent State University, which I had witnessed as a grad student.

It never occurred to anyone that that kind of unexpected violent bloodshed might disturb the emotions of those who saw it and its gruesome aftermath.

Plus, I made the mistake of remaining at Kent State for three more years while the facts of the shootings were debated and manipulated politically. That hadn’t helped my emotions one bit, either.

Forty-five years went by with many ups and downs, but never again a down-so-far that I wanted to end it all. Then, in the year 2018, the invention of the internet allowed me to say a long overdue “Thank you,” 45 years later.

I typed in the name of that psychiatrist and discovered he was still alive and practicing in a different part of the country. I hadn’t spoken to him since he received me personally at the E.R. in 1973, keeping his promise that he would be there “waiting for me.”

I emailed him and told him the story of his life-saving “I.” He remembered the event and was amazed that his pronoun choice had literally saved my life.

At age 77, I want to leave a legacy for those who suffer anxiety and depression. So I have decided to share this story publicly for the first time, for anyone thinking life isn’t worth living.

Almost 50 years have gone by since a shrink taught me that my pain was worthwhile. Yours is, too.

Paul Keane, who attended graduate school at Kent State University, is a retired Vermont English teacher. This was written for The Plain Dealer and cleveland.com.

Two of our therapy horses, Magic and Boomer, out for an evening stroll! . . . #therapy #horse #horses #evening #farm #mentalhealth https://t.co/JIQ7yfayLF

Magic and Boomer, two of our therapy horses, out for an evening stroll. . . . #horse #horses #therapy #farm #evening #hopewelltc 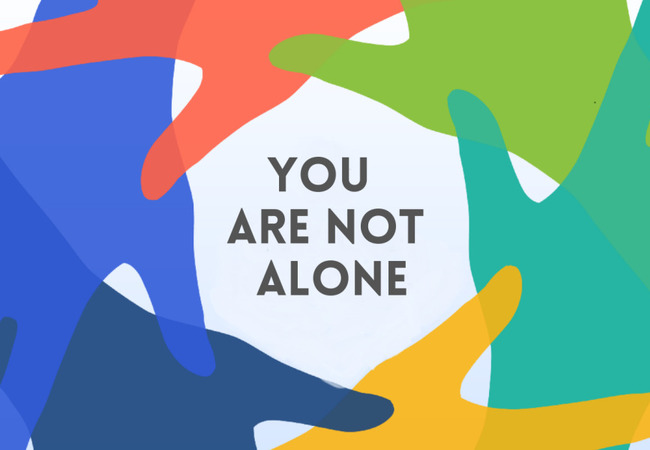