Suicide is a leading cause of death in the United States as approximately 46,000 individuals took their own lives in 2020. That is one death every 11 minutes and 130 suicides per day. Worldwide the numbers are grim as 800,000 people were lost.

The number of individuals who consider suicide is much higher. In 2020, approximately 12 million Americans seriously thought about suicide and 1.2 million attempted it. In 2020, suicide was the second leading cause of death in people ages 10-14 and 25-34. Even though scientists have not discovered what puts a person at higher risk, rate trends have emerged. For example, suicide varies by race/ethnicity, with non-Hispanic American Indian/Alaska Native and non-Hispanic white populations having the highest rates.

Young people who identify as lesbian, gay, or bisexual also have higher rates of suicidal thoughts and behaviors compared to their peers. White males accounted for nearly 70% of all suicide deaths, the highest rate seen in middle-aged white men, and men are 3.88 times more likely to committee suicide than women.

Even with these staggeringly high numbers, suicide is preventable and everyone has a role to play. There are national movements and organizations aimed at raising awareness and decreasing the stigma surrounding suicide and suicidal thoughts. The CDC developed Preventing Suicide: A Technical Package of Policy, Programs, and Practices which provides information regarding the best current evidence for suicide prevention practices. We can use this information to create strategies to prevent suicide and raise awareness.

There are simple steps we can take to reduce the numbers. These include strengthening economic supports, increasing access and delivery of suicide care, creating protective environments and connectedness, teach coping and problem-solving skills, identify and support those at risk, and much more. Time is of the essence as there can be as little as 5 to 15 minutes between when someone decides to attempt suicide and when they perform the act. OSHA created a document, Suicide Prevention: 5 Things You Should Know, that you can print and place around your workplace, treatment center, or home.

Contrary to popular belief, talking about suicide with someone who is having suicidal thoughts does not increase the likelihood they will attempt it. The opposite is true. Open, empathetic conversations aimed at understanding the stressors, emotional wellbeing, and safety of a person experiencing a suicidal crisis, have a protective factor, decreasing the likelihood the person will act on their thoughts. The person wants to feel heard. 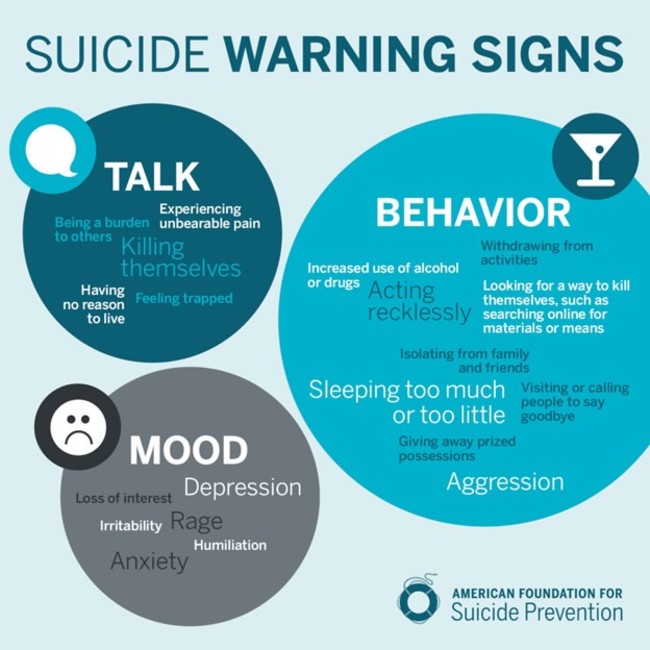 We all must be vigilant and aware of the behaviors to watch for in those we love. Someone’s behavior may change in the days or weeks leading up to a suicide attempt. Keep an eye out for people preparing for suicide. Examples include procuring firearms, stockpiling pills or drugs, or gathering other lethal means (ropes, knives, razor blades). Other red flag behaviors include giving away cherished belongings, sleeping too much or too little, reckless behaviors as if the person does not care if they die, or testing themselves to see if they can go through with committing suicide.

Keep an ear out for concerning comments...“It would be a better world if I was not in it," or “No one would care if I died.” Finally, if you are concerned a loved one is in crisis, reach out to them and to the appropriate professionals who can provide the help needed.

Remember, if you are experiencing mental-health related distress, use the newly created 988 Suicide and Crisis Lifeline or go to 988lifeline.org to chat with a mental health professional.

For #givingtuesday please consider supporting @Hopewellfarm where those struggling w/ mental illness find #Peace and #Healing. W/ support from the #community, @Hopewellfarm became a leader in the treatment field. From our #family to yours #HappyHolidays! https://t.co/vZFlB3H9HW https://t.co/jFGmWXST4A 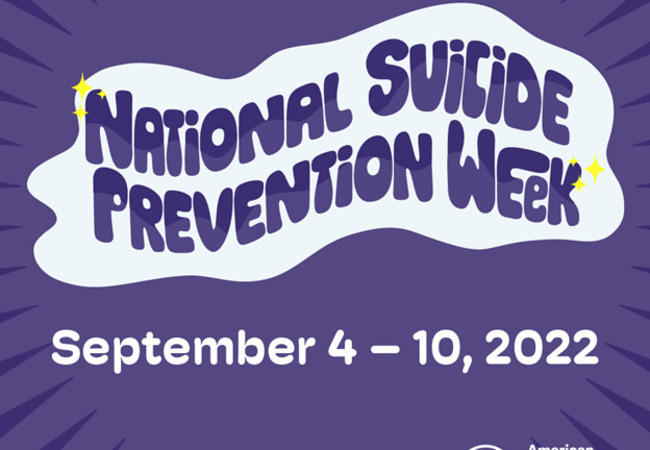