CallEmail
Back To BlogBreak the Mental Health Stigma on C... 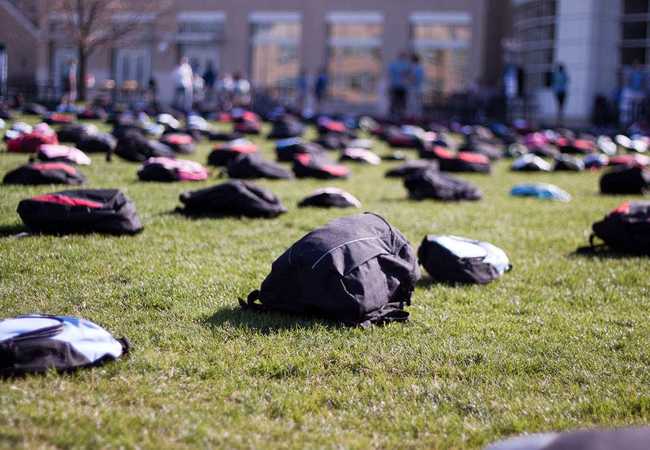 Nationally, there’s much debate about whether there is indeed a mental health crisis on college campuses. Is occurrence and prevalence of mental illness actually rising among students, or is our culture becoming more accepting of seeking treatment for mental health issues, so more students are speaking up? Statistical interpretation aside, not every student struggling with symptoms of a psychiatric disorder seeks care. One factor that impedes help-seeking and undermines the service system is mental health stigma.

Far more than any other type of illness, mental disorders are subject to stigmatization. Negative stereotypes often pair mental illness with violence and incompetence, and place blame on the person for their illness. This kind of public stigma may even become internalized as self-stigmatization – compounding the distress.

Both these types of stigma are risk factors for suicide. In a time when 1 in 5 college students reports having had thoughts of suicide in the past year, continued breakdown of stigma and other barriers to help-seeking should be a vital component to any campus wellness strategy. Take inspiration from the following strategies and resources to break down stigma on your college campus.

Education has long been a key component in reducing stigma around mental health. Some institutions are taking it a step further to focus on practical training and programs for non-mental health professionals such as faculty and students. In 2018, Kent State University received the honor of being named one of the healthiest universities in the nation, partly because it provided mental health training to more than 700 students, faculty and staff members. The University of Texas at Austin started BeVocal, designed to enhance bystanders’ confidence to intervene, including stepping in when someone is being bullied, shunned or otherwise stigmatized.

For the past few years, many campus orientations have included at least an explanation of the internal mental health resources available to students. On other campuses though, students take a mandatory mental health literacy training course during orientation, where they learn about signs and symptoms. They’ll also be given advice on how to approach personal struggles, as well as those of loved ones.

Still other institutions are receiving guidance from unexpected sources. In Philadelphia, city government officials created HealthyMindsPhilly.org. It is a decidedly unbureaucratic-looking online resource designed to support and improve mental health and well-being of those who live, work and study in the city. Part of that mission includes onsite, personalized training for college and university faculty, staff, families and students. The program teaches participants how to help one another within the context of their respective campus culture and available resources.

Initiatives are a great way to start organizing your campus around the idea of fighting mental health stigma. If you don’t have the resources to develop your own campaign, there are plenty of credible organizations that can help. NAMI’s StigmaFree campaign encourages a pledge of solidarity at all levels of campus culture. NAMI provides both free and for-sale items to support campaign adoption as well as a quiz on the effect of stigma that can be sent to students, parents, and faculty by email. Send Silence Packing is a powerful ongoing exhibit developed by Active Minds that aims to spur conversation about mental health and suicide. The campaign began in 2008, and with its hundreds of backpacks representing those affected by suicide, it is a potent way to convey the critical need for open conversation about mental health.

Transcend structure on your campus to delve deeper into solutions that fight stigma and remove barriers to seeking help. At Ohio State University, a number of departments, including the College of Social Work, now collaborate with the university’s Office of Counseling and Consultation Services to embed a clinical social worker or other mental health professional directly in academic programs. Similarly, the University of Michigan has 12 embedded counselors, including psychologists and social workers, in schools with notoriously rigorous academics, such as engineering, dentistry and pharmacy. Other schools have placed counselors in the athletic department because athletes often face a culture that stigmatizes mental health issues as weakness.

Students now are more than tech-savvy, they’re digital natives – and they may be less interested in traditional mental health treatments. So while apps and websites are not a replacement for in-person therapy, wellness centers that don’t consider technology will do themselves and their students a disservice. You could develop your own app, like Harvard did, but you can also do something as simple as posting a list of recommended apps or displaying a kiosk where students can anonymously take mental health screenings.

A number of companies have risen to the challenge of thinking through ways to meet the demand for mental health on college campuses. YOU at College is a customizable resource accessed on a school’s website through a confidential profile. Because it tackles everything from academics and career path to stress and social life, it could help those needing mental health services to not feel they are on a path separate from other students. Conversation simulations like those by Kognito train students and faculty to respond appropriately in sensitive situations. Kognito itself has been adopted by more than 350 schools and universities nationwide.

If there weren’t a Starbucks every 10 feet, you might not buy so many lattes. Perhaps that’s the kind of strategy Penn State University had in mind when it set up a half-dozen drop-in clinics across campus. Dispersing physical access to mental health services could very well increase the likelihood that students seek care.

The move could also help destigmatize mental health by virtue of centers’ now-ubiquitous presence on campus. These clinics – placed in high-traffic areas such as residence halls and student unions – also allow students to consult a therapist without making an appointment, removing yet another hurdle to seeking help.

After evaluating data on students who seek mental health counseling at its main campus, the University of South Florida found that nearly a quarter didn’t actually need a therapist. Some students just needed better time management skills, or different ways to reduce anxiety. To help address such issues, the Tampa university created “relaxation stations” that include massage chairs and nap pods. Sometimes a safe space to decompress and to see that others need to do the same may be all that’s needed to help a student through the day.

There are many approaches to reducing stigma, and if you’re looking for structured guides and professional forums, the following resources can be a great help.

Despite the proliferation of mental health groups and initiatives, 47% of students surveyed in the 2017-2018 Healthy Minds Study believe "most people would think less of someone who has received mental health treatment.”

Thus, there is more work to be done on reducing stigma. And, as needed as additional counseling staff may be, most colleges and universities also realize the importance of taking fresh approaches to address mental health stigma on campus. Reducing stigma will go a long way for many students experiencing mental health issues.

For those students who need to take medical leave due to a serious psychiatric disorder, there are evidence-based residential programs such as our therapeutic farm community at Hopewell that can help college students learn the skills necessary to return to school.