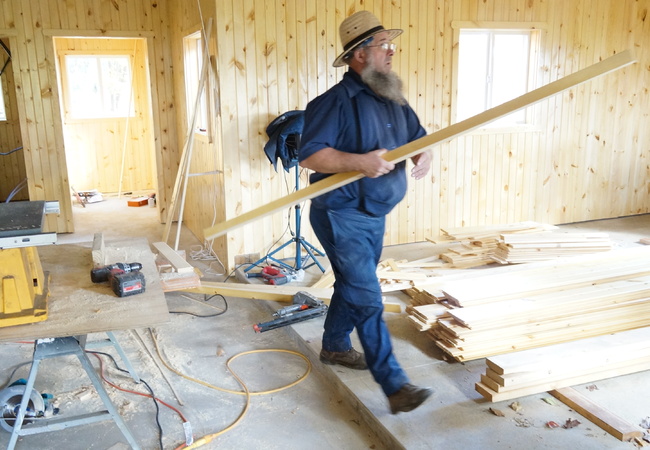 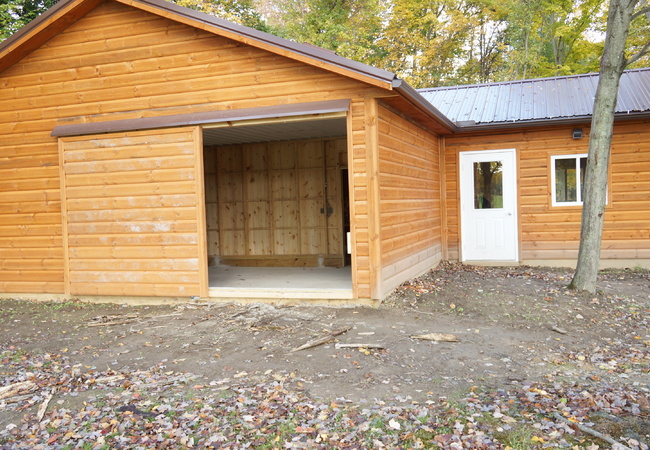 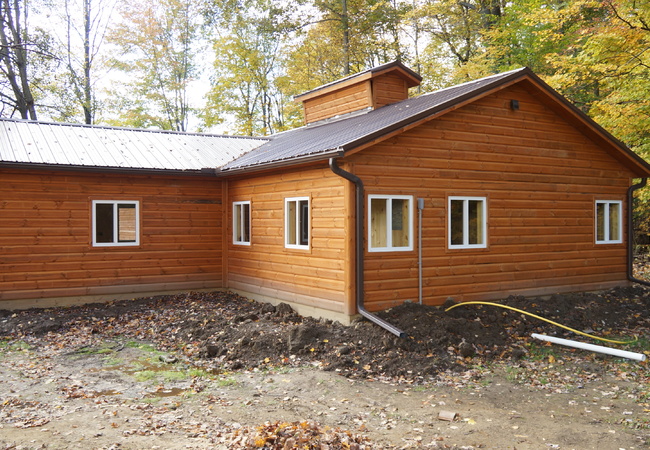 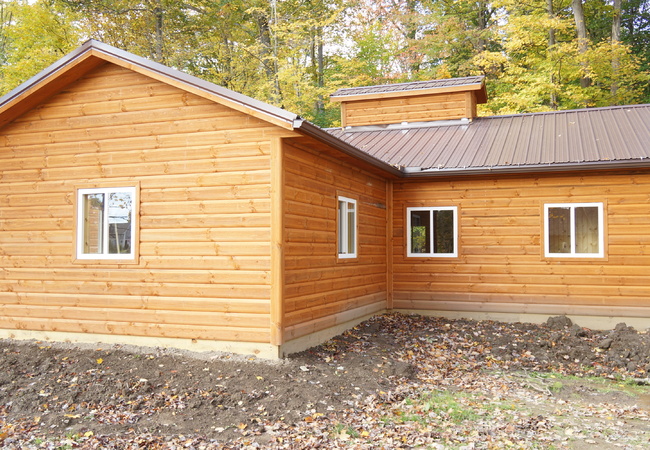 Third view from the outside of the sugar house.
Share This

Construction on Hopewell’s new Sugar House has been underway since July 2015. The new 1,400 sq. foot structure is scheduled to be completed by January 1, 2016—just in time for tapping the trees and beginning maple syrup production. The new Sugar House was designed by Amish Farm Manager Norm Wengerd. Norm also oversees Hopewell’s wood shop. In addition to designing the Sugar House, Norm did the excavation, dug the water lines and is doing all the interior woodwork. Norm also hired local Amish craftsmen to work on the project. The new, more modern facility will allow Hopewell to produce around 300 gallons of syrup each season—although Wengerd points out that output is really dependent upon how much sap the trees produce. Output is directly influenced by weather and climate conditions.

The building now has separate areas for boiling equipment, sap storage tanks, bottling and storing firewood for the boiler. It also has electricity, running hot and cold water, and indoor plumbing. In the past, a generator had to be run to warm the building during winter months. “During syrup making season my whole family is over here helping me,” said Wengerd. “It will be nice to have heat and indoor plumbing come January and February.”

Once the new Sugar House is up and running, visitors will be able to take tours of the facility and watch the syrup being produced. There was no access to the old Sugar House by vehicle. “Because we have a road that leads right to the sugar house, it will be easy for visitors to come and check it out,” says Wengerd.