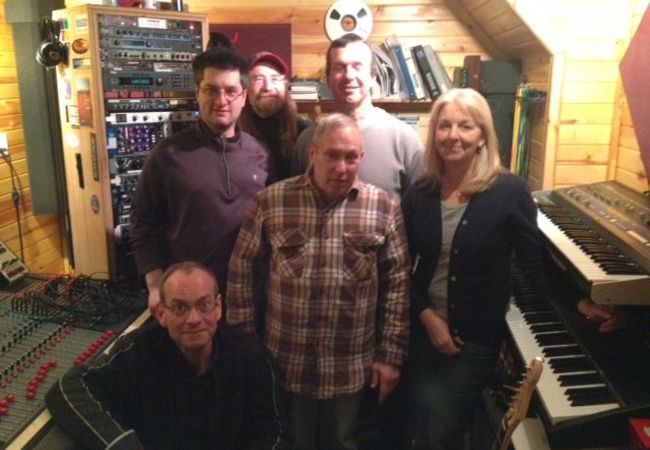 The Hopewell Band recently concluded recording their 2nd CD…a version of the song "Moondance", made famous by artist Van Morrison. The recording session was conducted at the Kick-A Mix studio in Orwell, Ohio, where Tom Schimley is owner and operator.

Having recorded their first song, a version of the hit "I Can See Clearly Now" earlier this year, the Band is adding this newest song to what eventually promises to become their first album. The Hopewell Band songs are featured on Hopewell's website and can be heard as the "music on hold" on their (our) telephone system.

The six member band is comprised of both Hopewell residents and staff. At Hopewell, music plays an important role in day-to-day programming and assisting residents in their recovery process.