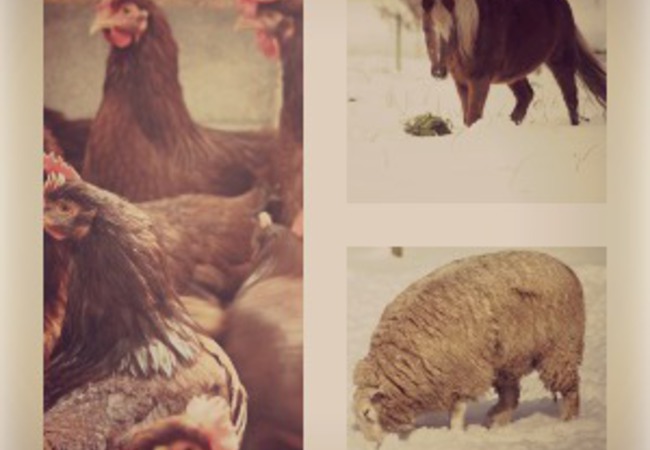 Without much warning, the Cleveland area was hit with Lake Effect snow last week. This is the first major snowfall of the season, and Mesopotamia received nearly eight inches of the fluffy white stuff.

Because Hopewell is a working farm with livestock, special wintertime accommodations have to be made for the farm's animals. Norman Wengerd, Hopewell's Farm Manager, said that all of the animals have shelter to protect them from the elements. While the chickens are able to stay outside in -20 degree temperatures, Hopewell's farm crew makes sure that the barn doors are closed at night or on windy days. Heaters are even installed in the water tubs to keep the water from freezing. Hopewell's resident farm crew also helps to feed hay to the animals.

In the summer, however, the cows, horses, sheep, goats and chickens have the opportunity to graze on Hopewell's green grass during the day.

Only 122 more days until Spring!