CallEmail
Back To BlogHopewell Community in a Song 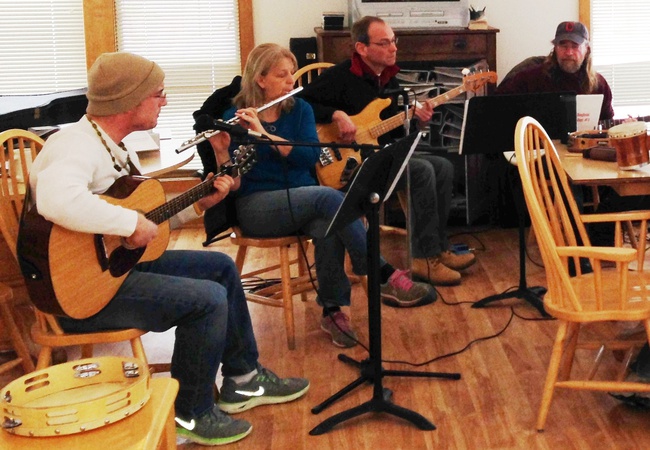 Hopewell Community in a Song

What's happening at Hopewell these days? Well spring is here and with it is a new song from the Hopewell band.

Every morning we at Hopewell have a music therapy group in the dining room. The music is produced by the Hopewell Band. The band includes 4 residents and 4 staff members but this number changes depending upon the residents that want to be involved. You can come and play or you can come and listen to the music. All winter long we have been practicing hard to produce a song for the Hopewell web site.

A few weeks ago, the band went out and made a recording of the song called "I can see clearly now" originally written and recorded by Johnny Nash. The song's optimistic lyrics and unabashedly upbeat tempo in D-major is a great theme for Hopewell residents.

We had a great day out recording the song, stopping first at a local diner for lunch and then punching it out for 5 hours in a local recording studio. We also want to thank Tom at the recording studio Kick a Mix Recording Studio for working with us. He was very patient with us and had excellent suggestions for us.