CallEmail
Back To BlogSnow Rollers ... 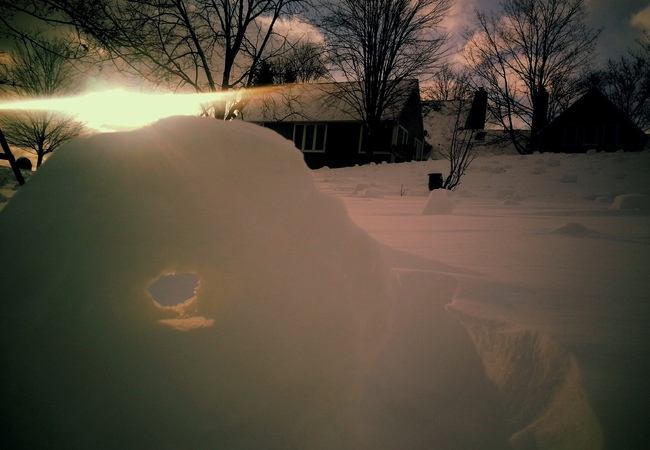 It was a brisk and blustery Monday morning here at Hopewell. Near whiteout conditions made the trek in slow and tedious but we were rewarded with an opportunity to witness a rare meteorological phenomenon upon our arrival. The fields and hills of Hopewell were inundated with "Snow Rollers", easily hundreds of them, perhaps thousands.

According to Wikipedia and About.com, snow rollers, also known as snow bales or snow donuts, are a naturally occurring but extremely rare event requiring a unique set of circumstance in order to form the hollow cylinders of snow. First, the ground must be covered by a layer of ice to which snow will not stick. Then this layer of ice must be covered by wetter, loose snow with a temperature near the melting point of ice. Strong winds are needed to pull out chunks of the snow and ice and move them along the snow and the wind must be strong enough to move the snow rollers, but not strong enough to blow them apart. As the snow moves, layers of snow are built up on the outside. Since the top layer of snow is light, the snow in the middle of the roll can get blown out making the shape more tubular and hollow in the middle.

The results are spectacular. The landscape at Hopewell never ceases to amaze us.

Write up and picture by Daniel Horne