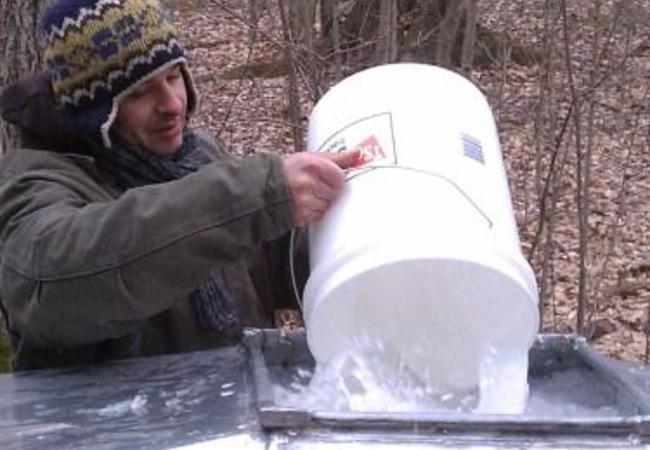 "Hopewell was the beginning of my recovery," says Hans, a former Hopewell resident who is now volunteering at the farm for the next year.

Before he first came to Hopewell, eight years ago, Hans was battling mental illness and addiction issues. "By the time I was 18, I was into pretty much everything. I started pulling away from people, especially my family. Then one night, I started hearing voices in my mind." Hans was diagnosed a few months later with schizophrenia and major depression. From there, his life became "a lot of hospitals, a lot of jails, a lot of homelessness. Drugs consumed me. I tried sobriety but never for very long."

Then at 26, Hans came to Hopewell after an incarceration. "I will always look at Hopewell as a turning point of healing and hope in my life." Hans spent four months on the farm. In that time, he became committed to sobriety and a medication regime that brought his symptoms under control. "What helped me most," he says, "was being somewhere where I was accountable, being in a safe environment and being around people who really reached out to me."

When Hans left Hopewell, he was a different person: sober, stable, and hopeful about his future. He started working with his father as a carpenter and a few years later bought a home. Hans knew the changes that had occurred within him and his family could see those changes as well. "They saw the growth that took place at Hopewell. My parents have been some of my best advocates on this journey."

Then last year, restless with his carpentry work, Hans decided he needed to do something different. He started to brainstorm ideas of what he could do and one that persisted was coming back to Hopewell, this time as a volunteer, to give back to the community that had given him so much. Hans was accepted into the year-long volunteer program and moved back to Hopewell last fall.

Hans would like the residents to see from him that "there is hope and there is recovery and there is a new life and a new pathway for people who go through these things. I used to try to just run from it, but now I've learned that I have to take life on life's terms and have hope."

July is National Minority Mental Health Awareness Month. Mental health conditions do not discriminate based on race, color, gender or identity. Anyone can experience the challenges of mental illness regardless of their background. https://t.co/4QpiUDcCty